At the GK4 Series in Mariembourg, Mats’ first race was thrilling. Head to head with Tyron Kinard and Rocco Coronel overtaking each other round after round. Eventually, high tire pressure kept him from keeping up. He came in third. The second race was unfortunate. Mats was penalized for a false start. Although he finished in third place, a time penalty put him back to P11.

The final was promising. While starting at P7 it took him only three rounds to push to second place. Except, a little mistake sent him into the grass, allowing Rocco to move to second place. Again, a penalty of 3 seconds for a click bumper put him in a position just off the podium.

Lessons learned: minimizing mistakes and penalties and vehicle setup are important factors as well. It’s not all about being fast! 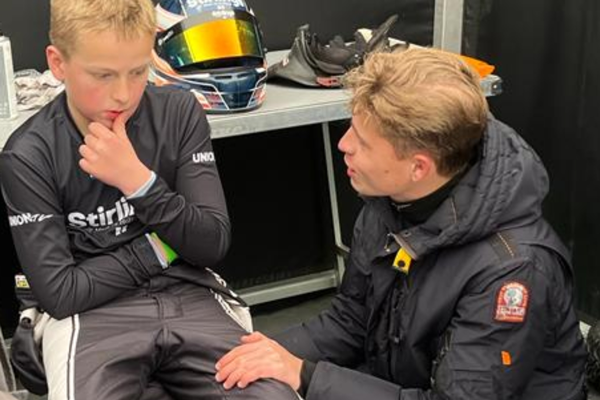